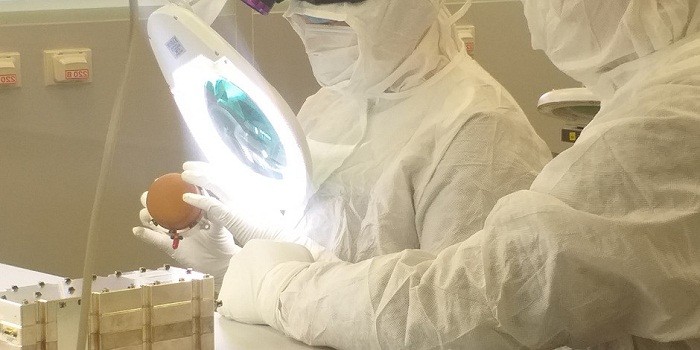 To study extreme conditions related to Dust storms, ionizing cosmic radiation, and extreme cold at night on Mars, the research team of Christophe Craeye, a professor at the UCLouvain School of Engineering, developed antennas for the ‘LaRa’ measuring instrument (Lander Radioscience), which will go to Mars in 2020. The LaRa Measuring Instrument will help research life stability on Mars to help define the conditions that will make the red planet livable.

LaRa uses an X-band antenna to communicate with the Earth. The Doppler shifts are measured from the Doppler tracking observations called “Two-way” by comparing the frequency of the radio signal received from LaRa with the frequency of a ground-based reference signal. It is designed to obtain an optimal antenna gain centered on an elevation (angle of the line-of-sight from Lander to Earth) of about 35-45 degrees.

On behalf of the European Space Agency (ESA), UCLouvain has developed antennas for the LaRa instrument that will go to Mars in 2020 to study the red planet’s habitability. From concept to creation, the antennas were manufactured in three months – quite a feat! The originality of UCLouvain’s concept: the antennas are produced from a single block of aluminum to achieve lightness (weighing only 132g), miniaturization (hand-sized) and great resistance (particularly to day-night temperature variations of more than 200° C).

Prof. Craeye’s laboratory has been producing antennas for more than 15 years, for various uses: road radars, magnetic resonance imaging, tracking objects equipped with radiofrequency identification (RFID) chips. The goal is always the same: retrieve remotely the data sent by a measuring instrument (of a vehicle’s speed, the body’s internal functions, an object’s or individual’s location, etc.).

For this expertise, as part of the ExoMars mission, the ESA contacted (via Antwerp Space) UCLouvain. The mission’s purpose is to study the rotation of Mars in order to learn more about the composition of its core and determine whether the planet was/will someday be habitable. How? By means of the LaRa instrument, which will communicate with Earth via radio waves. Thus the importance of antennas: they receive and emit radio waves. By measuring the Doppler effect – the difference between the frequencies of the waves emitted on the way (Earth-Mars) and those on the return (Mars-Earth) – the antennas will make it possible to better understand the movement of Mars and therefore the composition of its core. This is why LaRa is equipped with 100% UCLouvain-made antennas: a receiving antenna and two transmitting antennas (one of which is a backup).

The advantages of UCLouvain’s design:

Applications are being developed in the field of satellite communications. And many industrial collaborations exist in fields beyond space and as varied as medical imaging, radio-frequency sensors, radar, and telecommunications. 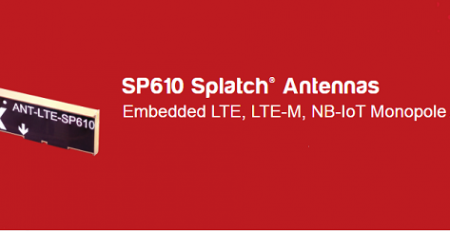 How to design a dual polarization antenna 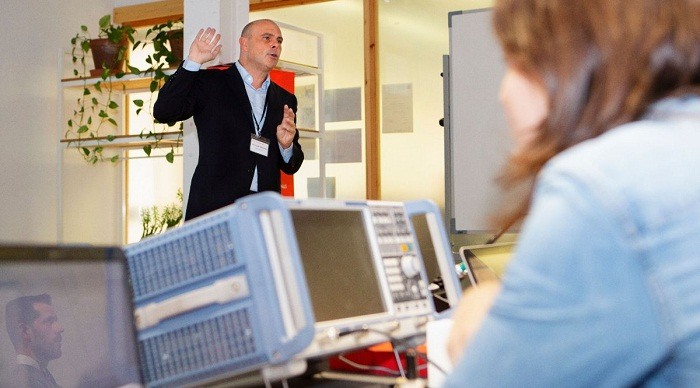 RadioWaves, an Infinite Electronics brand and a manufacturer of high-quality microwave antennas and accessories, has released a new series... read more

Lorem Ipsum is simply dummy text of the printing and typesetting industry. Lorem Ipsum has been the industry's standard... read more 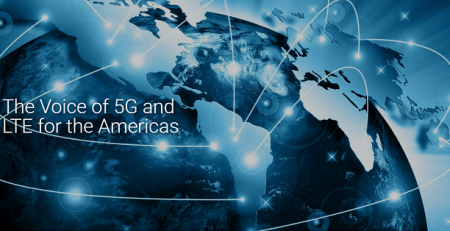